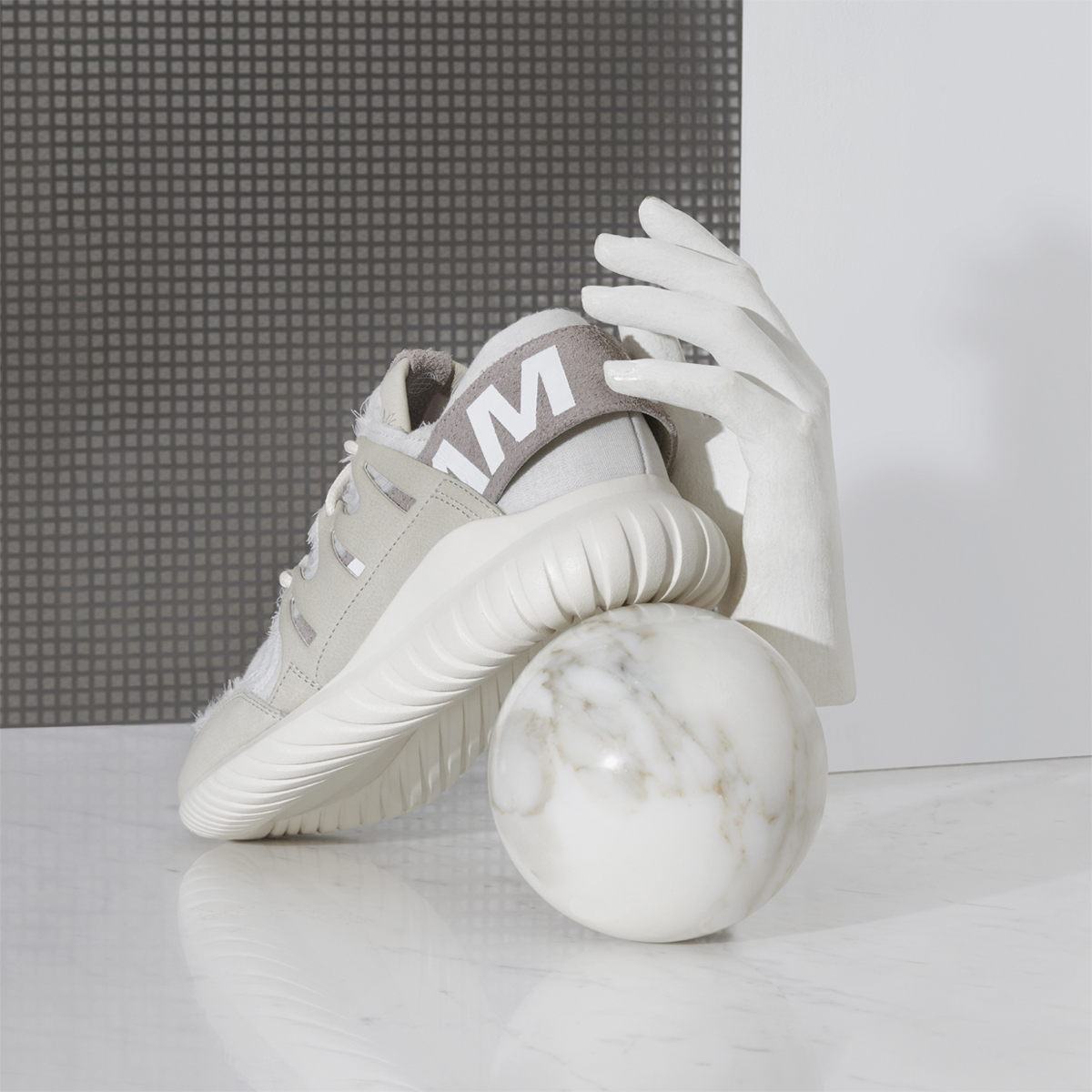 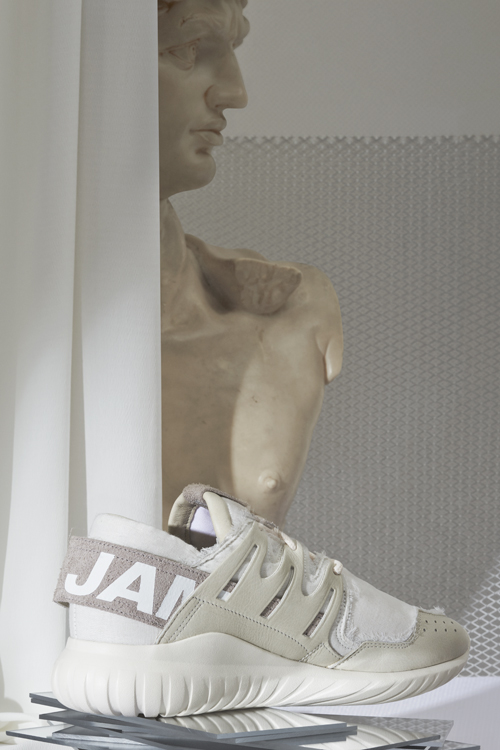 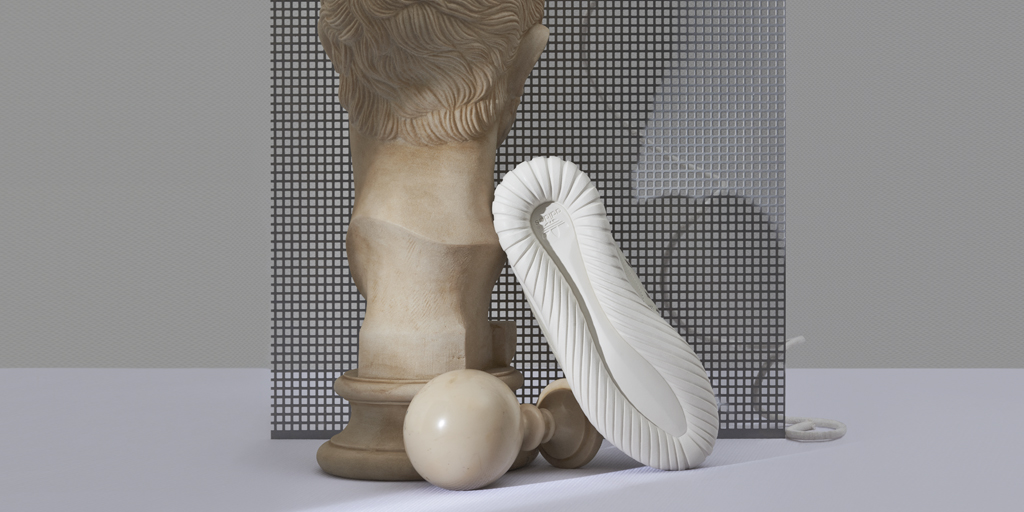 
The Consortium Tour returns to Europe with Italian streetwear royalty Slam Jam reworking an Adidas model. Its twist on the Tubular Nova plays with the relationship between old and new in a refreshing way.

While collaborators often pluck a model from the past and propel it into the present via contemporary construction and materials, the team at Slam Jam has opted to subvert the method. Instead, it has selected the Tubular Nova, a shoe first released in 2016, and through materials have distressed it, aged it; toying with the principles of the originals line.

From a distance, the light colorway sits slickly alongside other clean, contemporary models, but closer inspection reveals the subtle detailing. Rather than a hyper modern synthetic they have gone for a traditional muslin and premium leather. Through slight distress around the shoe’s front panelling and deliberate creasing to the leather at the tip of the tongue, Slam Jam are having fun with the concept of the heritage sneaker. Unafraid to be flaunting, the shoe’s heel strap roars their name in block capitals.

Often streetwear is forward-oriented, concerned with the exuberance of the future rather than the weight of the past. The Slam Jam Tubular Nova explores the relationship between heritage and reinvention through a new, and unconventional lens.